Illumination of the Heart - DEUTER

Illumination of the Heart by Deuter
Listening on Radio PLENITUDE from december 05, 2015 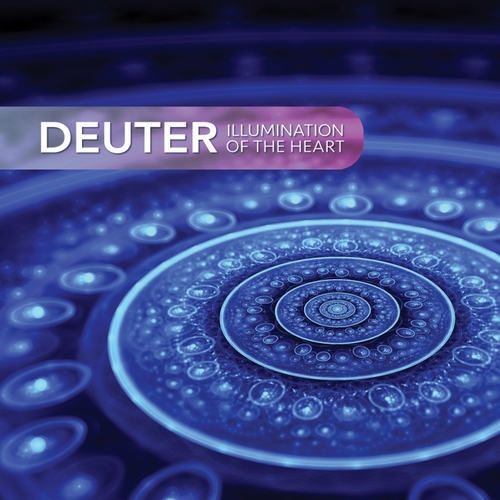 Deuter, one of the earliest creators of new age music with more than 60 albums released, now offers Illumination of the Heart, a masterful example of the best music made in this genre : transcendent, spiritual, transformative, serene, meditative, blissful and rejuvenating.
With this album on New Earth Records, Deuter finds illumination as both an inner, spiritual, personal journey as well as light from the cosmos. The tune titles reflect those feelings -- “Moon and Earth,” “Coucher de Lune” (French for “Sunset Moon”), “Stern an Stern” (German for “Star to Star”) and “Schein und Widerschein” (German for “Appearance and Reflection”). Deuter who lives and works in the mountains just beyond the high desert of Santa Fe, New Mexico also gets much inspiration from nature on our planet as shown by the composition “Desert Dream Green.”
For Illumination of the Heart, Deuter plays a variety of instruments including the flute, keyboards, cello, piano and guitar. He also softly mixes in his own voice as an extra instrument to add humanness and touch the hearts of listeners.
Sit back, close your eyes, listen, relax...
We are pleased to make you discover it on Radio PLENITUDE, every day, from december 05, 2015 until january 04, 2016, before it enters in a regular programming.
CD 60' - 8 titles

Illumination of the Heart DEUTER