Cyrus was born in Nice (06) and grew up in Clermont Ferrand. At age 12, during the school holidays, he discovers an abandoned piano in the garden of a nearby bourgeois home. After some randomized trials he quickly figured out how to play this fabulous instrument, replaying great pieces Pop 80s with evident ease (100 pieces per core and without partition in less than one year).
After several decades and citations in renowned magazines such as "Keyboard Magazine", the compositions of Cyrus have reached maturity in an oscillating style between synthesizers, Ethnic sounds, and great orchestras.
His specialization since 1997 in the "Orchestral world" style, allowed him to work exclusively with Will Dorf via the association APHELANDRA PRODUCTIONS (Label/Studio), work to harmonize, arrangements, orchestration, etc ...
The company CREASIS PROD also requests to Cyrus for a soundtrack powerful and dramatic at the same time for his show "02 Fantastic Planet" worthy of Cirque du Soleil.
Cyrus proceeds of institutional music through music catalogs called "Royalty Free", with contents as much professional that SACEM (or other) and without costly constraint for customers content. BeMysound is part of this.
In 2012/13, Cyrus has released 5 albums (category relaxation) to exit the ungrateful arranger from the shadows and finally become visible to gender specialists. This will be the beginning of a catalog which will focus on music from five continents to assert his authority on style fusing "Lounge /World/Orchestral".
Cyrus is part of the musical universe of Radio PLENITUDE.
Sit back, listen, enjoy... 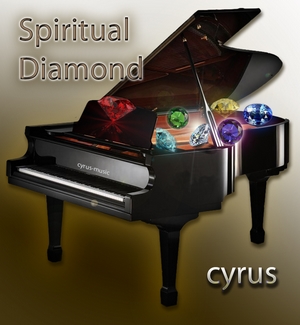